In my previous blog entry I mentioned that I’m currently in the Uluru-Kata Tjuta National Park in the Northern Territory of Australia.

In that blog entry I spoke about Kata Tjuta and how amazing it was to visit, but of course a person can’t come to this part of the world and not visit Australia’s most famous icon; Uluru (Ayers Rock). 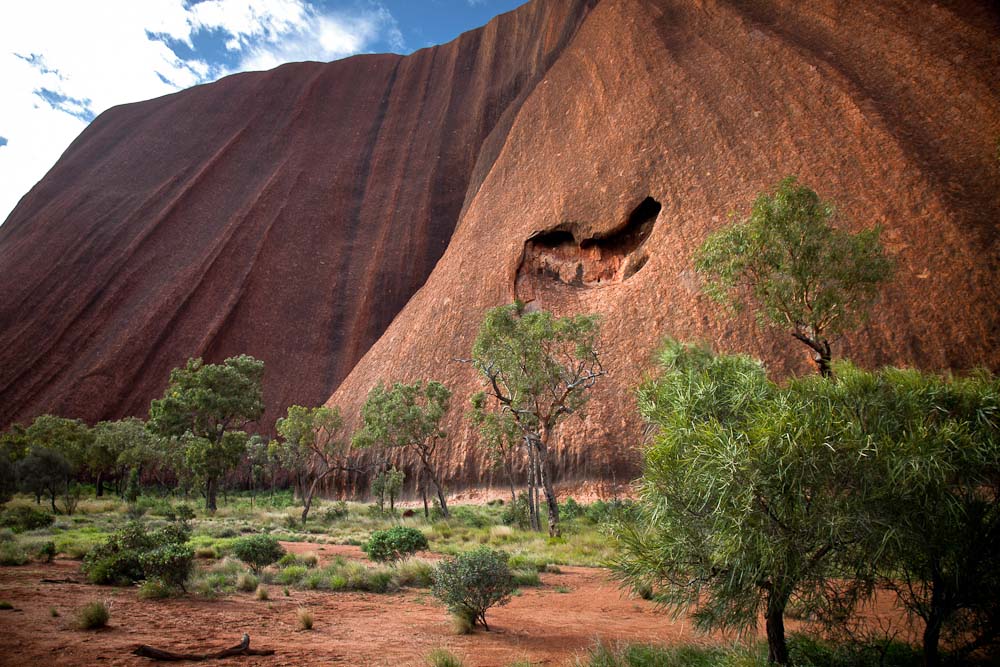 I’ve seen thousands upon thousands of photographs of Uluru in my lifetime.  On the front cover of every travel magazine, every Australian postcard, every calendar, and a million other places, the image of this rock has sadly become an over-commercialised cliche.  You can’t escape it, and being a rock, it doesn’t move… so most of the photos all look the same.

I think that’s a significant reason why I haven’t seen many Australian tourists at Uluru or Yalara (a little village which provides the nearest accommodation to Uluru, about 20km away).  Almost all the tourists are foreigners.  I think most Australians are sick of the sight of “bloody Ayers Rock!”

But despite a lifetime of being bombarded with the same images of this one bloody rock, the sensation I felt when I was finally standing in front of it was like seeing something for the first time. All the cliches vapourised and the utter enormity, significance, beauty, mythology, and meaning of this place punched me square in the face.  I felt privileged to be standing there, yet also felt that I should be standing there. 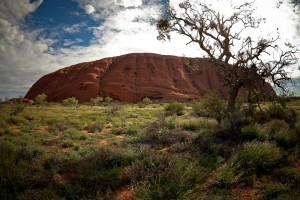 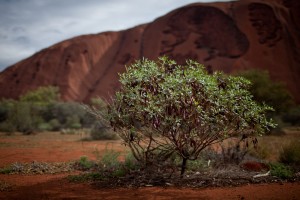 Walking the 12km trail from the cultural centre to and then around the rock, I came to realize that I was seeing things I had never seen before.  The constant changing of light on Uluru makes it change its expression minute by minute, hour by hour, day by day.  It comes to life in a way I’ve never seen any inanimate object brought to life by the sun.

And of course there is the famous Uluru sunset.  Disappointingly, everyone was herded towards two designated “sunset viewing areas” which are designed to guarantee a good view of the sunset, but really just guarantee that everybody’s photos end up all looking the same… But it was still an incredible sight to behold.  The colour of the rock as it receives the last rays of sunlight is, well, just like in the photos… but imagine that in full 3D and on a massive, massive scale. 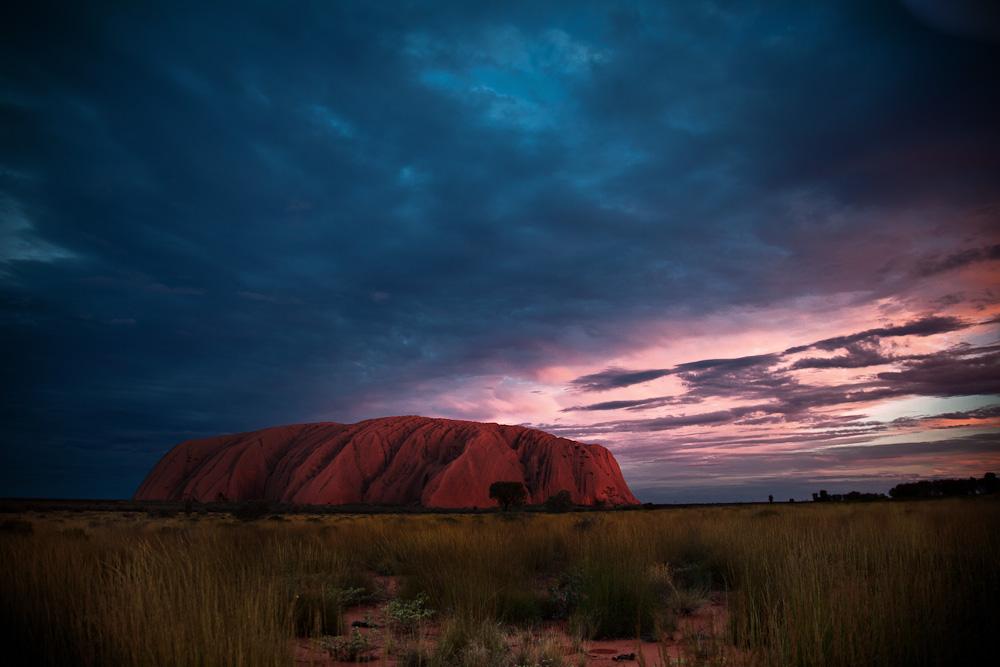 Of course I took plenty of those cliche photos of Uluru (I couldn’t help myself), but I also set myself a challenge while walking around the base to produce a series of photographs which portray the rock in a somewhat unique manner while still being a true portrait of Uluru.  Below is my attempt at this. 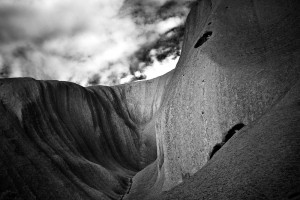 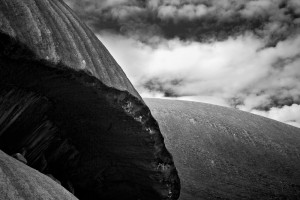 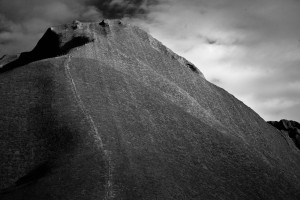 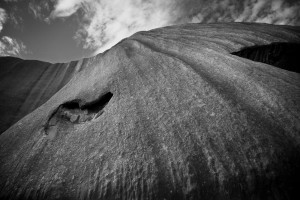